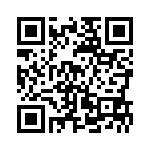 Vaillant - over 145 years full of innovations

The Vaillant success story begins in 1874: As the tenth child of a master tailor, Johann Vaillant breaks new ground and founds his own craft business as a copper hammer and pump maker in Remscheid. Today, as a leading manufacturer, Vaillant is shaping the market for heating, ventilation and air conditioning technology and has been convincing with technological innovations and world firsts for over 145 years.

Vaillant went around the world from Remscheid and is now present in over 60 countries. 14,000 employees generate sales of around 2.6 billion euros worldwide. In order to meet the different requirements of the markets in the respective countries, the national companies are set up independently. You can find out more about the history of the Vaillant Group here.

True to the Remscheid roots to this day

The family company is still true to its Remscheid roots: the company invested around 54 million euros in the construction of a state-of-the-art research and development center in Remscheid - the Johann Vaillant Technology Center. The Johann Vaillant Technology Center now makes an important contribution to the continuous work on product innovations. In 2019, Vaillant will be recognized as a super brand. Superbrands is an independent, global organization headquartered in London that honors the best and strongest product and corporate brands for their achievements and achievements. Superbrands are therefore brands with a high reputation, which convince through quality, durability and customer loyalty and have held an outstanding position for decades.

The Easter hare as the unmistakable face of the brand

An event on Easter Sunday 1899 also played a part in Vaillant's corporate success. Johann Vaillant picks up the newspaper to read in peace. While leafing through the monthly magazine "Alte und Neue Welt" (Old and New World), he suddenly comes across a curious picture: a rabbit hatches from an egg; red-cheeked dwarfs and cute little animals stand around the egg and marvel at the wonder. Johann Vaillant is fascinated and decides to purchase the image and the copyright, because the rabbit should become the trademark of his company. He has been decorating Vaillant's products, catalogs and brochures since 1899, thus creating an unmistakable brand profile. Since then, people have associated sympathy, innovative products of the highest quality and competent customer service with the Vaillant brand. Today the hare is the most famous heating technology logo in Europe. In Germany, 7 out of 10 people know him.

In its long history, the Vaillant logo has repeatedly adapted to the zeitgeist and new printing processes. The first redesign takes place in 1929 and sets the specifications, from which all subsequent revisions do not differ significantly: Clear lines and contours make the hare appear more stylized and fit the architectural understanding of the time. As a frame, the egg gives the logo a clearly defined shape. In addition, the logo now also contains the word “Vaillant” and becomes a so-called word-image brand. As a result, brand identification is strengthened.

At the beginning of the 1950s, the name Vaillant was well known in Germany. In 1953, the Vaillant lettering was given the addition "Geyser" (=boiler) to underline its importance. In the economic boom, the egg is placed in a protective box that expresses power, strength and competence. At the beginning of the 1990s, the logo with the green corporate color was given a further design dimension. After further rejuvenation cures in 1993 and 2003 - with separate lettering in company green - the time has come again in 2020: advancing digitization ensures that the Vaillant logo is not only displayed on products and in print media, but increasingly also digitally, for example on smartphones. That is why the Vaillant hare has taken on a new visual look. Sharpened cheeks and subtly elongated ears make him appear younger, fresher and smarter. The egg is now clearly recognizable as a contour. A modern, slimmer lettering with more space between the letters ensures better legibility, especially in digital media. The 3D effect with a color gradient that has shaped the Vaillant logo since 2009 has been eliminated. What has remained is the typical Vaillant green, which is a unique color with a strong recognition value. Vaillant has simply always been a green brand!

A company history shaped by innovations

The first invention, with which Johann Vaillant changed the market forever, was the gas bath heater "closed system" in 1894. For the first time, water is heated in a closed pipe by a gas flame - without coming into contact with harmful exhaust gases: the revolution in the bathroom. From now on, users can enjoy hot, clean water and also regulate the water temperature. The next great Vaillant invention provides more space in the bathroom: In 1905, Vaillant was the first manufacturer to bring the gas bath heater onto the market as a wall-mounted and space-saving device.

Around 20 years later, the next groundbreaking Vaillant innovation followed with central heating. Until now, every room had to be heated with its own stove or fireplace. With the so-called central heating boiler and the associated system, it was possible for the first time in 1924 to heat several radiators at the same time via a central distributor. In the years that followed, Vaillant conducted research in the heating segment from the point of view of space-saving and wall-hanging. With success: in 1961, Vaillant was the first company in the world to launch the “Circo-Geyser MAG-C 20” wall-mounted heater. A short time later, the "Combi-Geyser VCW 20" follows, which combines the heating and hot water supply in a compact and naturally wall-mounted manner. The device impresses with its short warm-up time and the heating output tailored to the respective needs.

As early as 1991, Vaillant went green with the new, low-emission thermoBLOCK and set standards in terms of environmental compatibility.

The device is the first fully premixed atmospheric burner with water cooling and is characterized by low emission values. From now on, environmentally friendly technologies remain the focus of our own research. In 1995 Vaillant launches its first self-developed and produced condensing wall-mounted heater onto the market. The company is once again a pioneer. In 1997, Vaillant gave emphasis to the green project by expanding its product portfolio for everything to do with renewable energies with the introduction of solar thermal systems for domestic hot water.

In 2001, Vaillant welcomed the new millennium with a completely new generation of environmentally friendly condensing boilers such as the ecoCOMPACT, which not only provided new impetus in terms of efficiency, but also in terms of design. The devices, which for the first time have an uniform user interface with the characteristic "Vaillant Smiley", are presented with the iF DESIGN AWARD.

In the 2010s, Vaillant manifested its focus on environmental protection and concentrated its research on systems that use renewable energies. In production, too, Vaillant makes no compromises when it comes to climate protection and sets a good example: in 2015 we introduced the Green iQ label. The label identifies extremely environmentally friendly and efficient products that meet the highest sustainability standards over their entire life cycle. The first products to bear the Green iQ label are the ecoTEC exclusive, the flexoTHERM exclusive and the flexoCOMPACT exclusive.

Another important factor for efficient heating and environmental protection is the perfectly coordinated use of central applications such as heating and ventilation, lighting, door communication as well as wellness and entertainment systems in the networked house. Therefore, devices with the Green iQ label must be smart so that they can be networked and operated via an app at any time and from any location. This enables both intelligent remote control and predictive remote analysis and maintenance by the specialist tradesman.